Barbie Byrne, Pastoral Associate, began her ministry as part of the youth board from 1998-2001. In 2002, she was hired as the Youth Ministry Assistant and transitioned later that year to Youth Minister. By February 2006, Barbie completed the Specialization in Youth Ministry through the Diocese of Cleveland. During this time of formation, she also worked part-time for CYO in Akron as a member of the Team Driven Diocesan Youth Ministry pilot program. In January 2014, she was certified as a Lay Ecclesial Minister in the Diocese of Cleveland. Through the years, Barbie has worked collaboratively with other parishes on youth ministry events. She currently works with a Core Team of adults and young adults to plan Life Teen meetings following the 11:30am Mass and other retreats and events throughout the year. Additionally, Barbie coordinates Confirmation Preparation for teens and the RCIA process.

Married in 1980, she and her husband Greg have been parishioners at Holy Family since 1989. They raised five children at Holy Family and have been actively involved in a variety of programs. Barbie enjoys spending time with her expanding family that has grown to include daughters-in-law, a so- in-law and grandchildren. 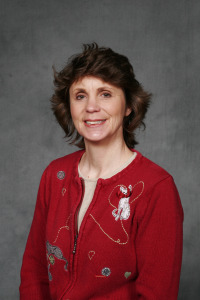